Shepherd’s Cottage is a hidden treasure in Highgate. Built in the 17th Century, it is located in the village backlands. The cottage and its historic setting are threatened by a proposed development which will block heritage views and emergency access. The local community have come together to challenge these plans and to preserve the cottage in its setting for future generations.

The Highgate Society is leading the legal challenge to the proposals. To make a donation towards our costs, please visit https://tinyurl.com/jnbkkbsn or contact treasurer@highgatesociety.com for alternative ways to make a donation. 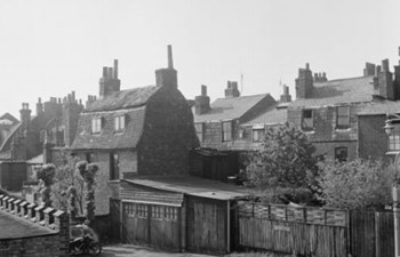 This is a highly important, and almost unaltered, 400-year-old shepherd’s cottage, perhaps the last in its original form in Highgate, and which relates directly to the sheep that were traditionally held in the Highgate bowl before being taken on to Smithfield. (Janet Jones Highgate Society April 2021) 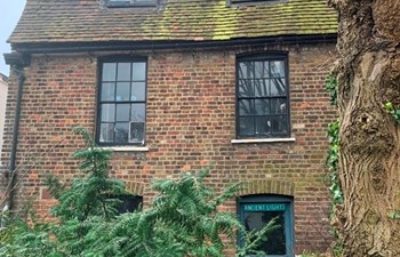 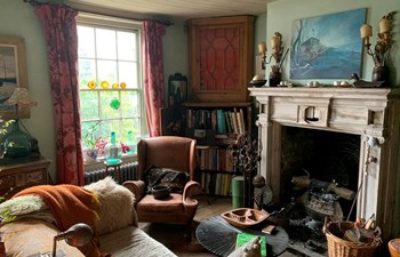 Owner Jane Hill has done a great deal of research and writes: The cottage at 36A, dating from the mid C17th population of Townsend Yard, is approached along a Georgian passageway between no. 36 (7 Feary’s Row) and 38 (8 Feary’s Row) built 1791, and precedes this stretch of Highgate High Street. This last remaining backlands cottage, in old Middlesex vernacular is integral to Highgate’s cultural heritage and association with graziers, drovers and Smithfields. 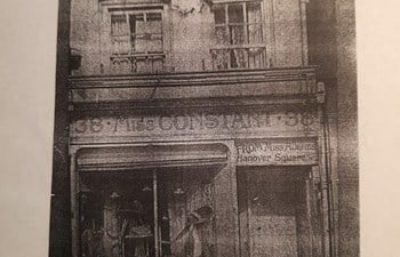 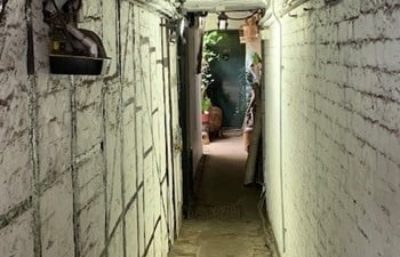 Miss Constant the milliner’s shop from 1908, shows the concealed entrance to the Georgian covered passageway approach to the front door of the earlier Shepherd’s Cottage. (Photo courtesy HLSI) 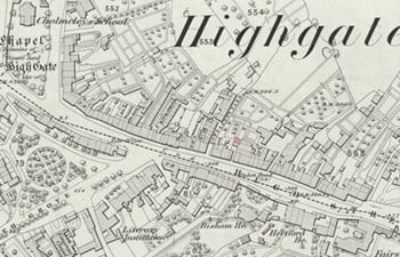 Detail from the Ordnance Survey map of 1863 depicting Shepherd’s Cottage (coloured in red) and neighbouring yards in the back lands edging The Highgate Bowl, principally for grazing, subsequently nursery lands, growing flowers for the new arboretum cemetery at Highgate, Swain’s ‘Swynes’ Lane.

In 2017, with support from the Society for the Protection of Ancient Buildings (SPAB), the owner ensured that chimneys and a flank elevation were restored to the highest conservation standards. 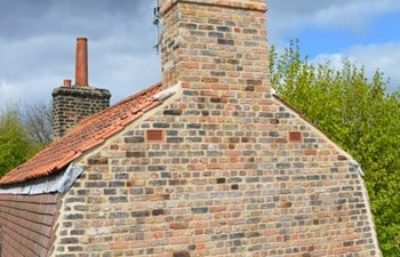 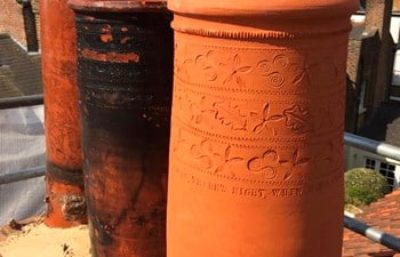